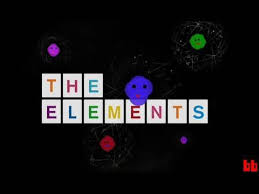 Come on, Come on, and Meet the Elements!

Using the information on the following websites research your “Element”. DO NOT use wikipedia as a SOURCE, doing so will invalidate your work. Wikipedia is not a reliable source. Use only the websites below or the readings you received in class:

Create an 8×10 poster of your assigned element that introduces the summary of the research on this element to your class. You will be using multiple sources to research your element in order to explain where it can be found, where it is used and how this element connects to the natural world as well as to you personally.

You will present this  information in class. As the expert on this element, be prepared to answer questions about your element, supporting your ideas with details and examples. Your project must contain all of the following information USING ANY STYLE THAT YOU CHOOSE:

A one paragraph (5-6 or more sentences) that explains name of the scientists who discovered or produced this element, as well as how this element is used and where it can be found. Explain if this element can be combined with other elements to form new compounds.

An example / model of how this project can be formatted is as follows:

What’s in a name? According to education.jlab.org the name of this element come from the Greek words hydro and genes, which together mean “water forming.” Hydrogen is pronounced as HI-dreh-jen.

According to education.Jlab.org scientists had been producing hydrogen for years before it was recognized as an element. Written records explained that Robert Boyle produced hydrogen gas as early as 1671 while experimenting with iron and acids. Hydrogen was first recognized as a distinct element by Henry Cavendish in 1766.Composed of a single proton and a single electron, hydrogen is the simplest and most abundant element in the universe, without hydrogen there would be no water available on Earth since we need two atoms of hydrogen and one atom of oxygen in order for us to have water. It is estimated that 90% of  what we can see in the universe is made up of hydrogen. “Hydrogen is the raw fuel that most stars ‘burn’ to produce energy”. The sun’s supply of hydrogen is expected to last another 5 billion years. Hydrogen is a commercially important element. Large amounts of hydrogen are combined with nitrogen from the air to produce ammonia (NH3) through a process called the Haber process. Hydrogen is also added to fats and oils, such as peanut oil, through a process called hydrogenation. Liquid hydrogen is used in the study of superconductors and, when combined with liquid oxygen, makes an excellent rocket fuel.

Hydrogen combines with other elements to form numerous compounds. Some of the common ones are: water (H2O), ammonia (NH3), methane (CH4), table sugar (C12H22O11), hydrogen peroxide (H2O2) that we use on cuts, and hydrochloric acid (HCl). 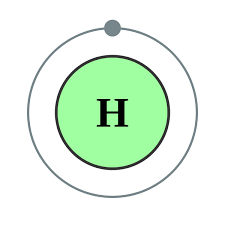 Have some fun and utilize the following website to write your name. Please note that some of the elements on this website are fictional (created for used in video games and movies) and are created only for fun but are not found on the Period Table of Elements.

Play the Chemistry Game & Learn more about the Period Table of Elements:

You can earn extra credit on this project once you have completed your project, by creating a sentence or word using the Periodic Table of Elements and providing a  short explanation about the elements in this word. Experiment and see if you can create your first or last name. For example: