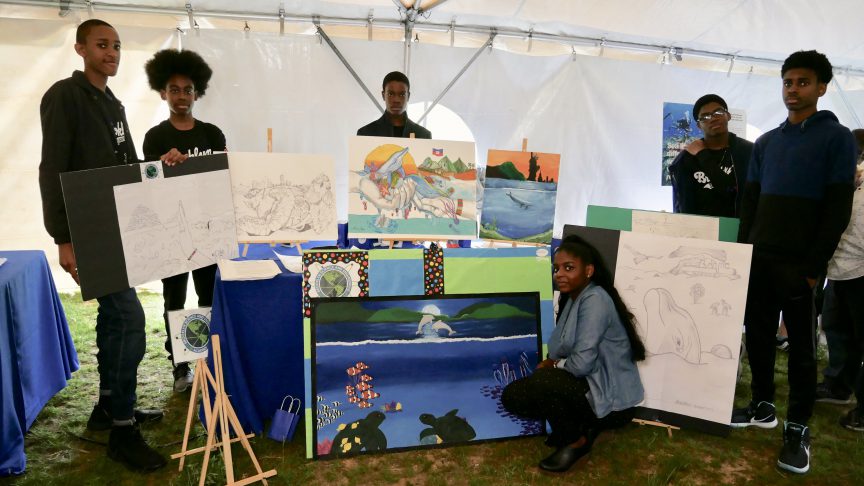 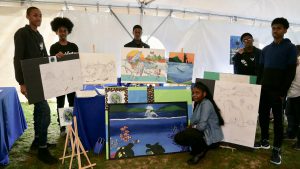 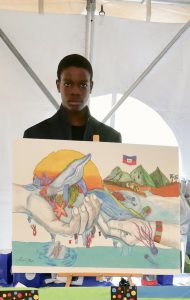 UN Junior Ambassadors presented their work in order to bring awareness to Ocean pollution. The Mayor’s Office for International Affairs reported as follows:

“New York City was proud to welcome the inaugural World Ocean Festival and UN Ocean Conference to our coastal city to draw attention to the need to preserve life below water and show our commitment to Sustainable Development Goal 14. Sherell Henry, a NYC Junior Ambassador from the Brooklyn Science and Engineering Academy, advocated for youth action on climate alongside the UN Deputy Secretary-General and President of the UN General Assembly at the World Ocean Festival on Governors Island!” #SaveOurOceans #NYCxSDG 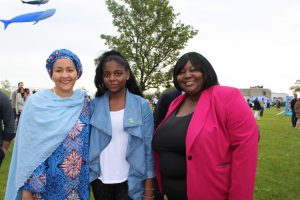 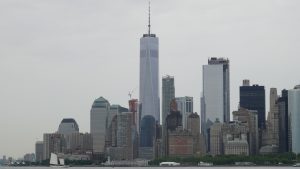 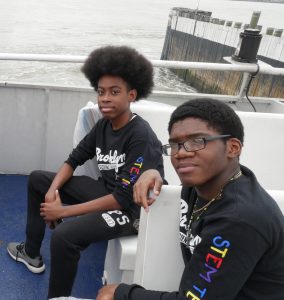 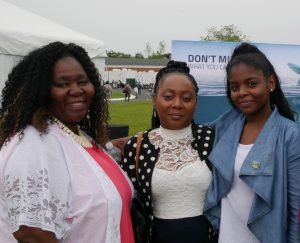 “Under the Sea: A Beautiful Life”

My artwork embraces my past experiences and what I believe the future should look like. As a child who grew up in Trinidad, I saw the gorgeous turquoise and blue gradient ocean waters. I remember the mountain-lined beaches filled with palm trees and the sand slightly warm as it slowly seeps through your fingers and toes. I used to go scuba diving and would see the stunning coral reefs that lay amongst the ocean floor.

I dream of a place where my future children, grandchildren, and great grandchildren can live without worrying about radioactive areas, pollution and the decrease in animal and plant population above and under the sea.

According to sources, hundreds of thousands of sea turtles, whales, other marine mammals, and more than 1 million seabirds die each year from ocean pollution and ingestion or entanglement in marine debris. These manmade waste are directly or indirectly disposed of in oceans, rivers, and other waterways.

Nearly 80 % of most trash in the sea originates from landfills and other urban sources that travel through rivers. This waste tends to accumulate in gyres (areas of slow spiraling water and low winds) and along coastlines. There are 5 major ocean gyres worldwide. In the Pacific Ocean, the North Pacific Gyre is home to the “Great Pacific Garbage Patch”, a large area that is approximately the size of Texas with debris extending 20 feet (6 meters) down into the water column. It’s estimated that this “plastic island” contains 3.5 million tons of trash and could double in size in the next 5 years”. These waste are often consumed by fishes and can entangle sharks and damage coral reefs.

“I remember when: A Whales Journey”

I read National Geographic stories about sperm whales that beached themselves on Germany’s coast. These whales stomach contains included startling items such as fishing gears and engine covers. They are among many marine animals that have been found beached; many of them were found to have injected waste and trash.

My artwork shows how a family of whales must feel about losing a member of their family. I would like for people to think about how whales must feel when their family member dies. We can help all creatures in the ocean by not dumping our waste and trash in their environment. No creature wants to eat garbage. Whales have no choice. When they feed, they take in all the garbage that we leave in the ocean and this will eventually kill them.

My artwork is based upon the endangerment of the sea life and the habitats below the sea surface. Every year about Eight Million Tons Garbage is dumped into the sea. This is a very large dilemma. The planet’s marine systems are intricately linked with our daily activities, even when those activities seem trivial or distant. According to sources, Americans generate a lot of trash. Each of American tosses about 185 pounds of plastic per year, a vast amount being plastic bags, take-out containers, and food and toys packaging. These materials do not dissolve and reappear in our oceans.

“Stopping the World, Helping our Planet”

My painting focuses on cleaning the oceans. This is part of the United Nations Sustainable Development Goal 14. Every year garbage is dumped in our oceans. This is a big problem because it is hurting our ecosystems. Some people might not think it is a big problem but if we continue these actions, we could destroy several habitats. For an example if we destroy the hábitat of sharks, they will move to another habitat in order to survive. Sharks are one of the top predators on the food chain. When they move to another fish habitat, those species of fish could diminish leading to less equilibrium.

In my painting, the hand in the middle is the United Nations’ Sea Patrol. Their job is to protect our oceans and to save the ecosystem. On the left side of the hand is what is happening now. Garbage from barges is falling into the oceans. These garbage consist of car parts, plastic bags, sun kinships and metal from NASA’s experiments. While these things are falling in the ocean, they are falling on live corals where sea creatures live. Another epidemic is oil in our oceans. According to sources, there have been 267 spills in the Gulf of Mexico. This is a lot. The other side of the hand is what happens when we protect our oceans. You have nice clean waters. The fishes are reproducing more because they are loving their environment. This is what our future should look like. If we clean and protect our oceans, equilibrium will be restored. To conclude, we need to choose which side we want to be on– the left that kills our ocean life or the right that works to save ocean life.