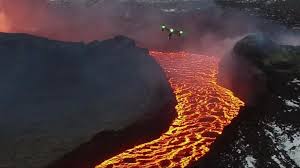 Thinking of creating a student video as your final project?, well check out this interesting episode of “Teen Kids”. This episode can inspire you when designing your episode of “The Rock Cycle”.

If you would like to create your own “Teen Kids” episode to explain your understanding of the rock cycle please speak to Mrs. Jennings no later than December 7, 2015.

How do different natural phenomena change the surface of the Earth over time?

How are sedimentary rocks formed?

What is a meteorites?

To what extent do natural occurrences affect the Earth over time?

Watch the entire video (44 minutes). Write two paragraphs when answering each question. Answer question # 8 and ANY 2 of the questions bellow. You are answering a total of 3 questions.

What are the Reasons for Our Seasons?

The sun’s energy is transferred through outer space by the means of radiation. The light energy travels in a straight line all the way from the sun. The parts of Earth that are angled away from the light receive the energy but indirectly which means that the light energy is spread out and not concentrated as much as when the light is more direct. Therefore, when light is more direct it is more concentrated and will cause a greater temperature increase because more energy was transferred to that location. See diagram below.

The Biggest Stars in The Universe

Geography: What is a Volcano- 3:13 minutes