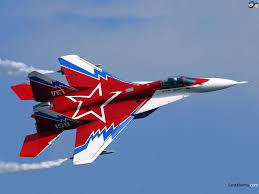 Air is a physical substance which has weight. It has molecules which are constantly moving. Air pressure is created by the molecules moving around. Moving air has a force that will lift kites and balloons up and down. Air is a mixture of different gases; oxygen, carbon dioxide and nitrogen. All things that fly need air. Air has power to push and pull on the birds, balloons, kites and planes.

Francesco Lana used this discovery to begin to plan for an airship in the late 1600s. He drew an airship on paper that used the idea that air has weight. The ship was a hollow sphere which would have the air taken out of it. Once the air was removed, the sphere would have less weight and would be able to float up into the air. Each of four spheres would be attached to a boat-like structure and then the whole machine would float. The actual design was never tried.

How Wings Lift the Plane 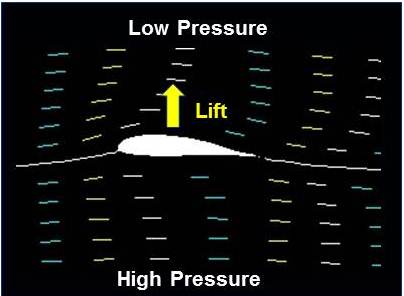 Here is a simple computer simulation that you can use to explore how wings make lift.

Sir Isaac Newton proposed three laws of motion in 1665. These Laws of Motion help to explain how a planes flies.

2. Objects will move farther and faster when they are pushed harder.

3. When an object is pushed in one direction, there is always a resistance of the same size in the opposite direction.

Controlling the Flight of a Plane

How does a plane fly? Let’s pretend that our arms are wings. If we place one wing down and one wing up we can use the roll to change the direction of the plane. We are helping to turn the plane by yawing toward one side. If we raise our nose, like a pilot can raise the nose of the plane, we are raising the pitch of the plane. All these dimensions together combine to control the flight of the plane. A pilot of a plane has special controls that can be used to fly the plane. There are levers and buttons that the pilot can push to change the yaw, pitch and roll of the plane.

Yaw is the turning of a plane. When the rudder is turned to one side, the airplane moves left or right. The airplane’s nose is pointed in the same direction as the direction of the rudder. The rudder and the ailerons are used together to make a turn

How does a Pilot Control the Plane?

To control a plane a pilot uses several instruments…

The ailerons raise and lower the wings. The pilot controls the roll of the plane by raising one aileron or the other with a control wheel. Turning the control wheel clockwise raises the right aileron and lowers the left aileron, which rolls the aircraft to the right.

Picture of plane in roll

If you look at these motions together you can see that each type of motion helps control the direction and level of the plane when it is flying.

Sound is made up of molecules of air that move. They push together and gather together to form sound waves . Sound waves travel at the speed of about 750 mph at sea level. When a plane travels the speed of sound the air waves gather together and compress the air in front of the plane to keep it from moving forward. This compression causes a shockwave to form in front of the plane.

Sometimes called speeds of flight, each regime is a different level of flight speed.